First impressions of Hanoi and CED


3 weeks ago I arrived in Hanoi. The first impression I had of Vietnam was definitely relating to the weather. I felt as though being in a tropical house. My thoughts were going crazy in that moment (“how on earth should I survive here for one year if the weather was always that hot”, but luckily someone told me that it would get colder in a few months).

On my first days, I had kind of an arrival-camp that helped me to deal with the cultural shock. Slowly, really slowly, I got used to the temperatures. I got used to the tons of rice that I already ate and which I will have to eat in the future.
Then I experienced the first rain here in Hanoi. It was so good! It cooled down the whole city (ok maybe just a little bit) and was just so refreshing. Back then, when I was still at home, I thought that it would rain all day in the rain season of Vietnam, but nothing like that actually happened until now.
A few minutes after the rain had stopped, the sun suddenly came out again and normally I would really appreciate the sun but here it is excessively hot.

Now that 3 weeks have passed by I experienced many sunny days and it was always way too hot, not warm but really hot.

However, let’s skip back to the time I started working at my new workplace for the next year, the Center for Education and Development.
I went out of the house, way too early by the way because I didn’t wanted to come late on my first day, to head to the bus station.
I was more than happy when I got out of the bus in the right place and with all parts of my body being safe. I’m just kidding but the buses here still give me palpitations because everything is so bustling. 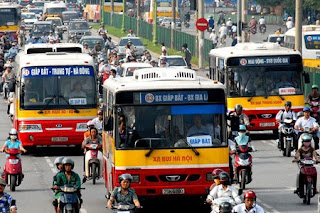 When I arrived at the office, I started with my first tasks including that I had to introduce myself to the staff. Then I edited a whole bunch of texts that were translated word-by-word from Vietnamese to English by the staff members. Sometimes this was quiet challenging but I could always ask for help.

In the lunch breaks here we nearly always go downstairs to get some food at a nearby Vietnamese restaurant (they have the best spring rolls there, I promise!). I generally like spring rolls as well as rice with any kind of sauce (even tried the famous fish sauce). The only thing I rarely eat here is meat, because it is so different from what I am used to at my home country. 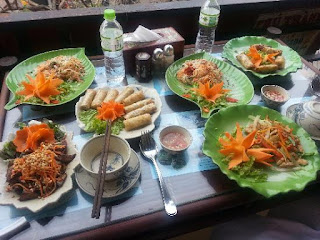 After the lunch breaks there are three more hours of work left for me (which I think is quite a long time but when I asked Thanh, one of the staff members, he told me that he always works until 6pm or even longer and that kind of shocked me so I will never complain), so one of the CED staff members asked me to do a research about public spaces and playgrounds in Hanoi and it was really interesting because I found only a small amount of playgrounds in this whole area. Some of them were no longer useable.
These are things that would normally never occur to my mind but now that I think about it, I really have to say that this is an issue.
My last task in these two weeks of working at the CED was to have a look at the DQ World program, which has been created for children to make sure that they use the internet the right way. I really wished we had something like that in my home country back then because today everyone uses the internet but too many just don’t know what consequences it can have if you don’t use it safely. 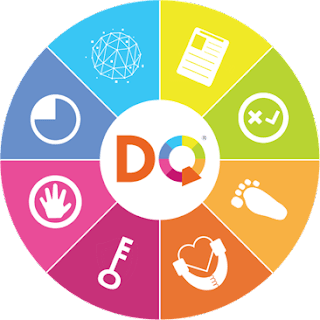 According to this, I am really looking forward to the next weeks, when I have to go to some local schools to show them the program and help them with it. This is one of the things I really like about CED; they really care about the students and their future. They even have collaborations to give out scholarships for disadvantaged students at universities who cannot afford their study course.

My conclusion is that I really look forward to the next upcoming months here in Hanoi and, of course, at the Center for Education and Development.

20:54
Blog-CED
CED, center for Education and Development
Email ThisBlogThis!Share to TwitterShare to Facebook