English lessons at the summer camp at Thực Nghiệm School

English lessons at the summer camp at Thực Nghiệm School. The summer camp was held from the 20th to the 24th at Thuc Nghiem School where students from around Hanoi participated. At the camp, I was teaching English for about one hour a day, therefore, the English classes and the instructions for them were the main parts I got to be involved in during the camp which was a lot of fun with all of the kids!
I mainly taught the older students at the camp, which was really fun. For the teaching, I mainly focused on having the students speak in English and having conversations with each other while doing activities and playing games. The students were very enthusiastic to learn through games and mainly benefitted in terms of becoming more comfortable in speaking English.
On the first day, we focused on games and activities where the students got to introduce themselves and got to know each other. To begin with I let the students ask me a bunch of questions to let them speak English, which also worked well for introducing me. The questions from the students varied from where I was from and what I was doing in Hanoi – and all together it proved that the students were very good in English already and ready to communicate and participate in the lessons! Other than that I had the students get in two lines and gave them one question at a time, they had to discuss or introduce to the person standing opposite of them where they changed partner for each question. This worked well in making sure that everyone got to say hello and talk to each other! Lastly, we had a bit of time left to let the students identify parts of a drawing of a Volcano, related to the science class they had earlier in the day.
On the second and third day, we continued playing games and doing activities that were both fun, educational and had the students speak English. Both the Tuesday and Wednesday lesson, we started out the class by being in a circle and having each student tell around 3-5 interesting facts about themselves – it varied how fun the students found this activity, but they did get to express themselves which was the point of the activity. Some of the students were also very engaged and kept telling more facts even when they had reached the 3 facts limit – which was great! The games and activities on those days included a board race game where the students were split into two teams and one person at a time had to run to the board and write a word related to the subject on the board. The subject could be verbs, adjectives, grammar or animals. These subjects could probably have been improved and be more educational, if they related more to a topic the children had just learned or something they could have learned at the camp. However, it was very fun to watch the children run to the board and compete to be the team with the most words within the set time limit.
Another activity we did in class was dividing the students into teams and having each group pick two objects – without knowing which objects – where they had to create a product out of those two objects and come up with a business plan to sell it. The groups were provided with a piece of paper for writing down their business plan, where they all started creating an advertisement on the paper, without instructions to do so. The objects could include a ruler and a thread which became a ‘Mobile Ruler’ that could be around your neck, meaning you always had a ruler ready. The students were very engaged and created some very interesting products. The team with the best business plan won the activity, which was once again a good way to engage the students. Especially, if there are prices on the line! 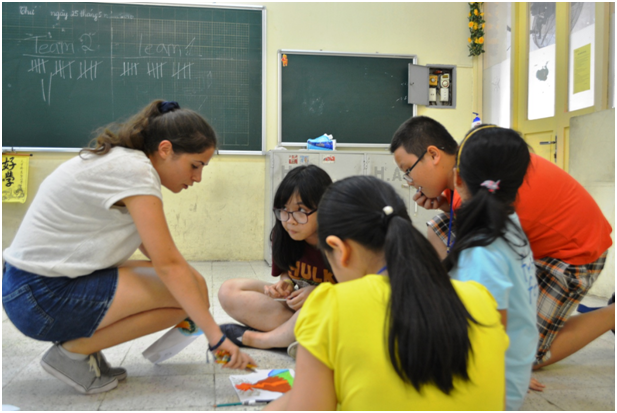 On Thursday, I had prepared a game on multi culture using a PowerPoint and questions with pictures and facts; both one for the older students and one for the younger students. For the younger students, the questions were a bit easier and one of the Vietnamese volunteers was very kind to translate each question for the younger students. In the younger class, the individual student simply had to raise their hand if they knew the answer, where the older class competed in teams. This was a good way to end the English lessons, where the activity was mostly a game but the students still got to show their knowledge and expand it a bit. Friday was a movie day, where we all watched a movie in Vietnamese - luckily with English subtitles! This was very nice with all of the kids. 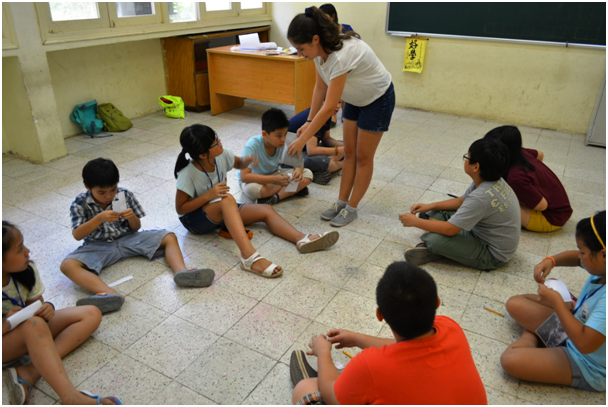 Every day, the students were very motivated and happy to be doing something for the summer holidays. The outcome for the students from the English lessons could have been improved with a few adjustments though. I think that the outcome of the English lessons could be improved, if others - who will teach in the future at the camp - are provided with a clear outline or simple guidance from the beginning on what the teachers would like for the students to be taught. The main instructions I got from the beginning was to have the students speak English. It worked out well in class that the students got to speak in English and became more comfortable expressing themselves in English. Another time, instructions on different topics for the ones teaching could result in the classes both being more informative for the students which could be integrated more directly in some fun activities where the students speak English. Since I was unaware of the level of the students and what they had been taught beforehand; therefore, I think that I could personally have made the classes better, if I had been told that the students needed to learn something about for example past tense or a specific topic, which could have been integrated in some games.
From the other volunteers, I was told that one of the problems with how classes are organized in Vietnam is that students are taught that speaking in the classroom is bad, meaning that they are generally not encouraged to talk in class. Thinking back to my own education in Denmark, raising your hand, group work, presentations etc. acted as the main way of not only improving our English communication skills but also make us more aware of how to express ourselves on different topics. During the classes, it was impressive how a lot of the students were very motivated to speak in English during the lessons and quickly, they were all speaking all at once.
It was clear however, that the students were very motivated to speak English! On the first day of teaching, many of the students would run up to me and introduce themselves and as the days passed, more and more would say hi and come up to me and ask me questions. The students were very interested in speaking English and it also seemed very useful and motivating for them to have someone from abroad at the camp, which meant that they had to speak in English due to my lack of Vietnamese skills. I think that it is a benefit when the goal is for the students to speak English to have international volunteers for the English classes if it is possible. 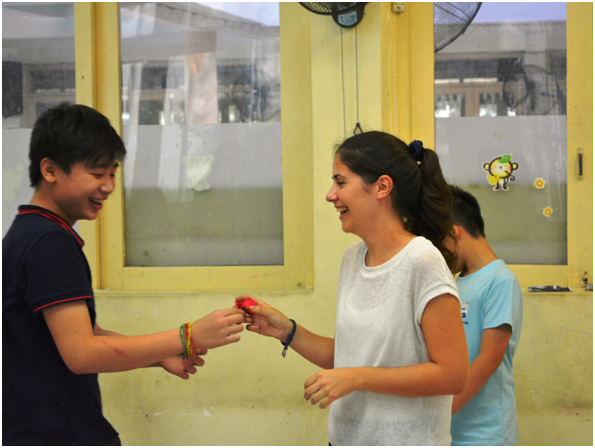 All over, even though the students could have benefitted from a bit more specific learning - the students were very motivated and engaged and enjoyed getting to practice communicating in English during the camp and had a lot of fun for the entirety of the camp and it was clear they also had fun during the other activities at the camp! 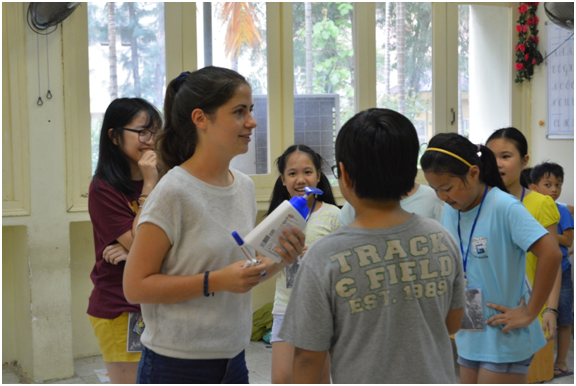